Thirteen ‘emerging leaders’ from the Scottish Parliamentary Service (SPS) have been recognised at a certification event hosted by the Presiding Officer, Alison Johnstone MSP.

The staff were the first group to attend a new course created by Edinburgh College and the Scottish Association of Minority Ethnic Educators (SAMEE). The course supports minority ethnic employees in achieving their full potential now and in the future.

While the 2021 election saw a more diverse group of MSPs elected, diversity monitoring within the Parliament as an employer found an ethnicity pay gap caused by a lack of minority ethnic staff in more senior positions.

The course, which was designed by the College and Khadija Mohammed and Yasmeen Hussain of SAMEE, covered the fundamental concepts of leadership qualities and behaviours, recognised leadership in different professional settings and situations and how personality, values, beliefs and experiences influence leadership behaviours.

The training was delivered through the Flexible Workforce Development Fund which offers organisations funding towards the upskilling and reskilling of their staff through professional training at their local college.

Organisations with an annual payroll bill of £3m+ or who pay the apprenticeship levy can access up to £15k of training, while small and medium enterprises (SMEs) can tap into £5k worth of training. 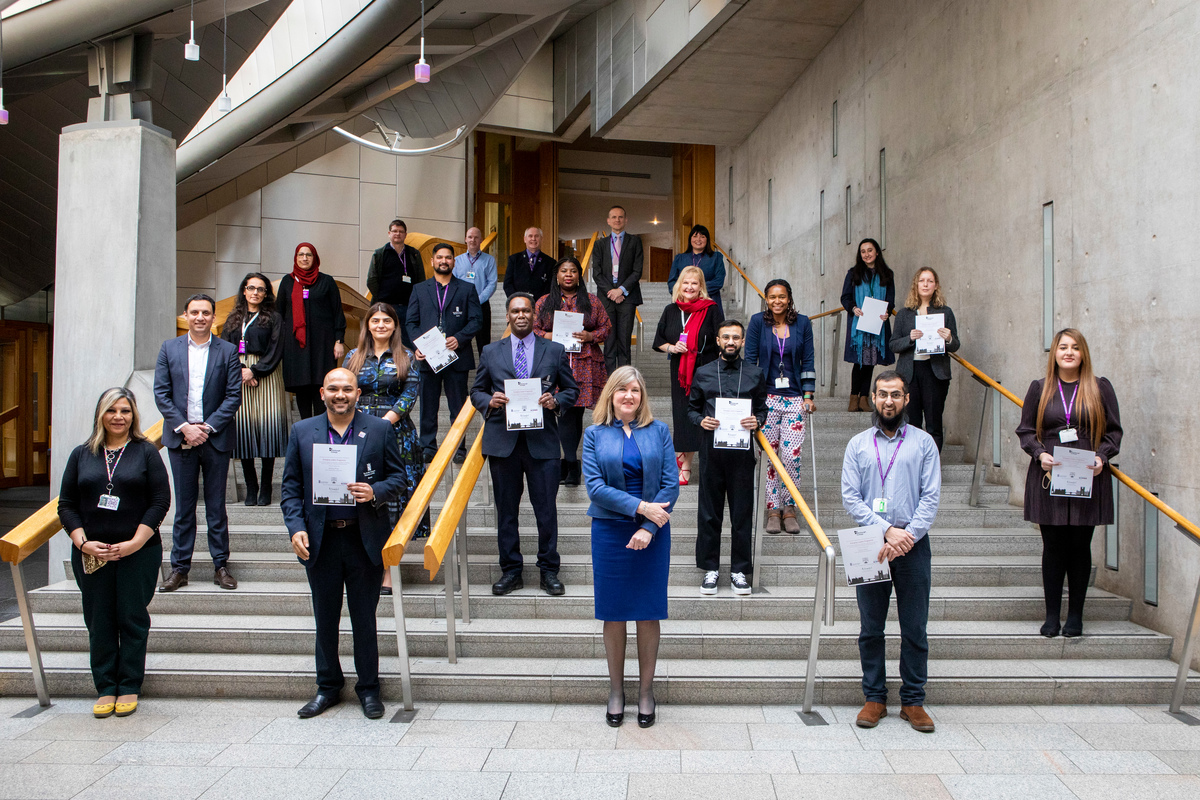 “Diversity matters, and I am proud to recognise the achievements of our first intake of colleagues participating in this innovative and progressive scheme. "I am very pleased to encourage our delegates as they advance their careers at the heart of Scottish public life.”

“It was absolutely fantastic to be at this certification event, celebrating the Scottish Parliament staff who have completed this new programme. It has been inspirational working with these delegates and to see changes in their mindset from our first sessions to now, seeing them develop the belief and aspiration to become leaders during their careers has been wonderful. Congratulations to everyone who has completed the course.”