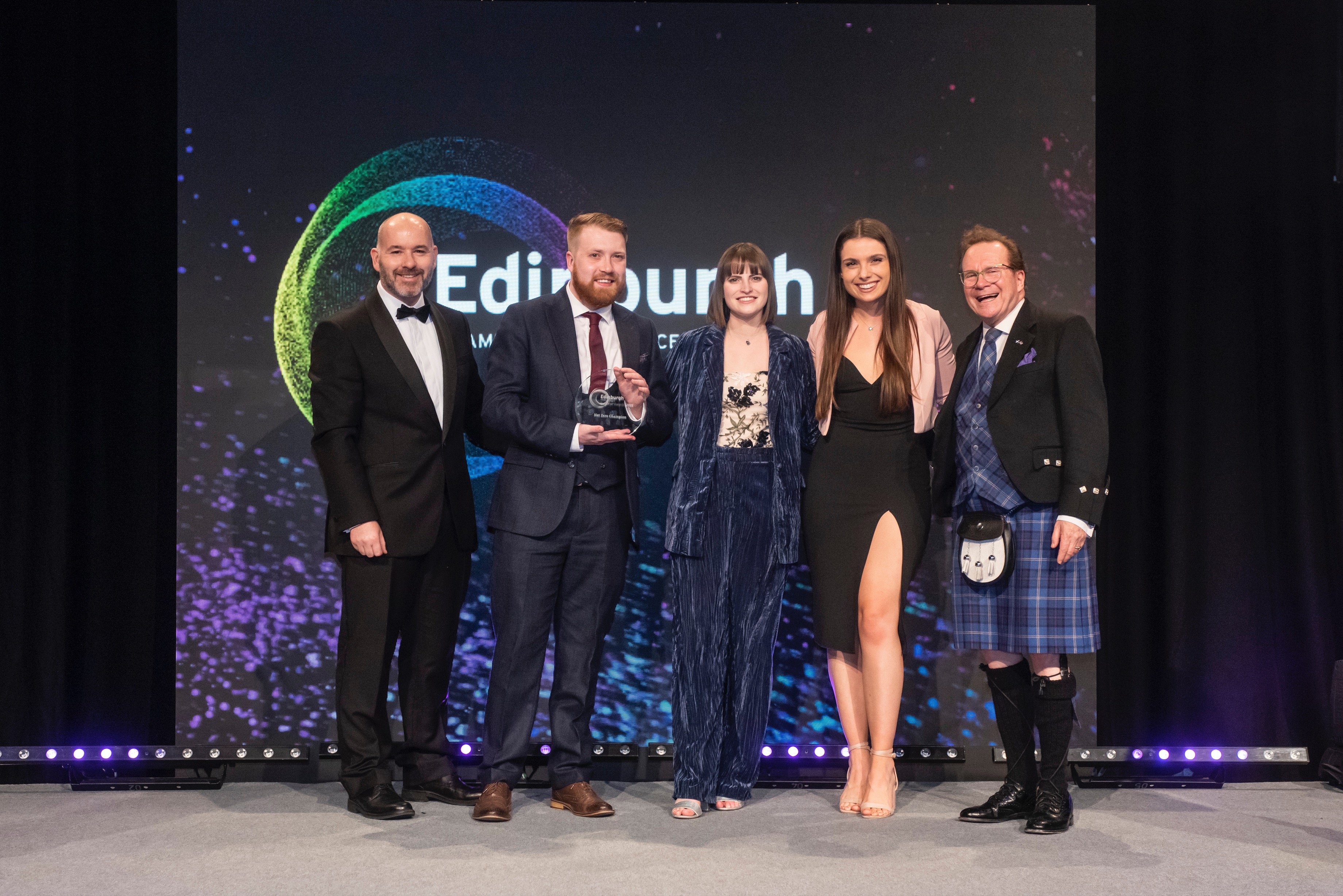 Determined to be a sector leader in Sustainability, the College’s Leadership recently hosted a summit with staff and students following the global urgency and momentum developed through COP 26, to identify priorities for 2022 and beyond. The action from this will include a series of goals to help make further progress towards the aims of the College’s Environmental Sustainability Strategy.

The event, which was attended by almost 600 delegates from organisations across the city, was held at the Edinburgh International Conference Centre, saw 15 awards handed to a wide range of businesses, educational institutions and third sector organisations.

“Congratulations to everyone at our College who has contributed to winning this award. “There has been some fantastic work done across the organisation to help us reduce our emissions by more than half, and begin embedding sustainable-themed learning across the curriculum. “There is a long way for us go to, but we are determined and focussed to lead by example within our sector and strive towards becoming net zero.”

“Well done to the College and to our brilliant Sustainability Officers for winning this award. It is fantastic to see their hard work on projects like the Clothing Swap Shops, Community Fridges and classroom workshops being recognised. “These projects deliver tangible outcomes in terms of reducing literally tonnes of food and textiles waste, as well as raising awareness of sustainability among the student body at Edinburgh College – something which is vital to help us tackle the climate emergency and make it real for our students as they become the workforce of tomorrow.”