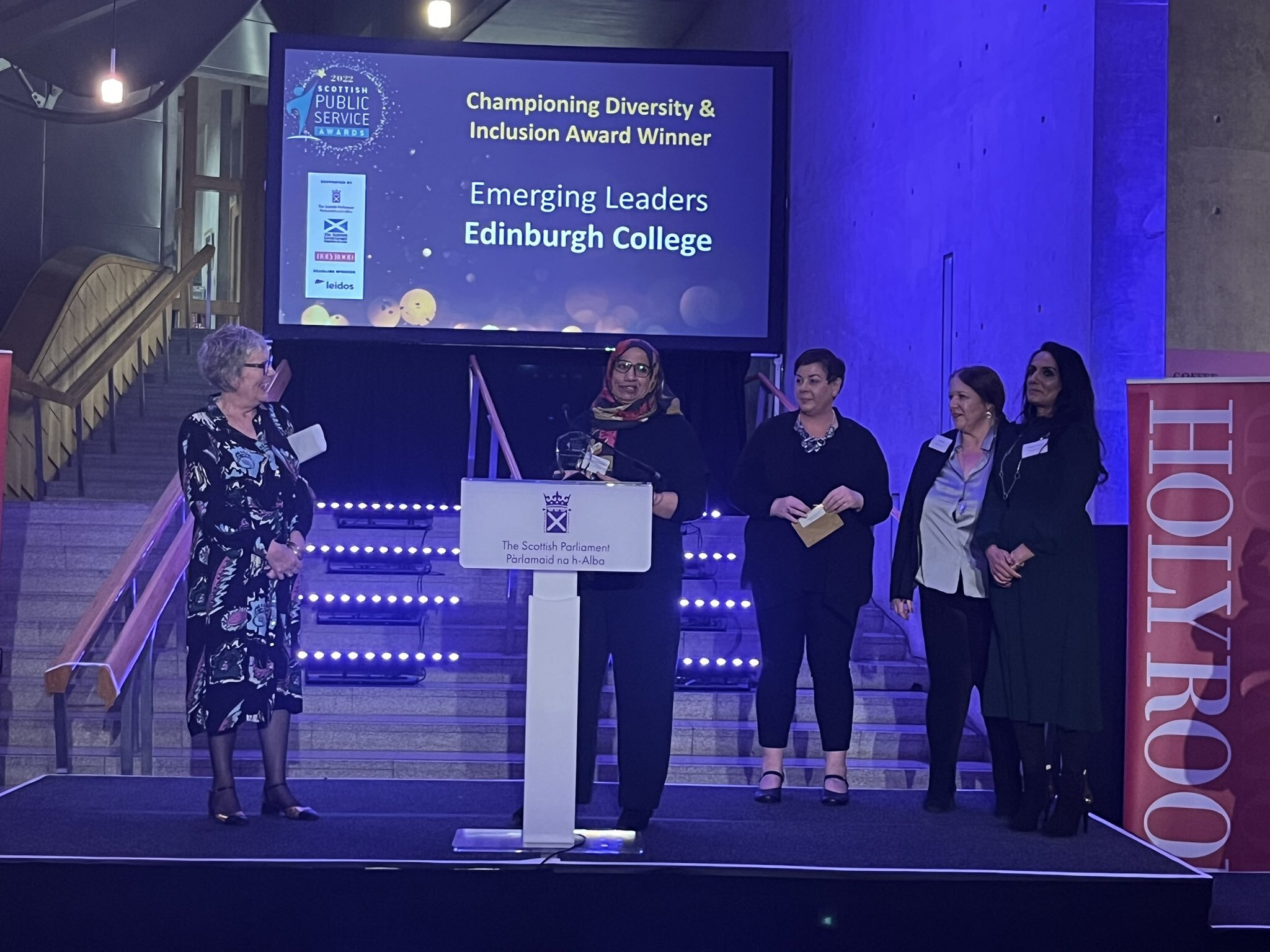 A training programme aimed at increasing diversity within Scotland’s civil service created by Edinburgh College, the Scottish Association of Minority Ethnic Educators (SAMEE) and the Scottish Parliament has won a national award.

The Emerging Leaders programme supports minority ethnic employees in achieving their full potential now and in the future. It was developed in response to diversity monitoring within the Parliament, which found an ethnicity pay gap caused by a lack of minority ethnic staff in more senior positions.

It is fantastic to have won this award, we are very proud. The collaboration with SAMEE and the Scottish Parliament has been a fantastic experience which we hope has helped to support Parliament staff to achieve their true potential.

Congratulations to everyone involved in this award win, it is wonderful news that such an important programme has been given the recognition it deserves. As a College we are committed to diversity, equality and inclusion, and we are equally as committed to supporting our partners with professional training to ensure the region’s workforce has a fair learning and working environment where we enhance opportunities for all.