“It’s mind-blowing, never in my life did I think I’d be among the top six students in the UK.”

That was Tony Mailer’s reaction when we asked him how he felt ahead of competing at one of the World’s largest skills competitions in Birmingham next week.

Thirty-seven-year-old Tony will compete in the Automotive Technology category at World Skills UK Live at the city’s National Exhibition Centre (NEC) after winning an IMI SkillAuto Technology Qualifier at the Henry Ford Academy in Daventry, Northamptonshire earlier this year. 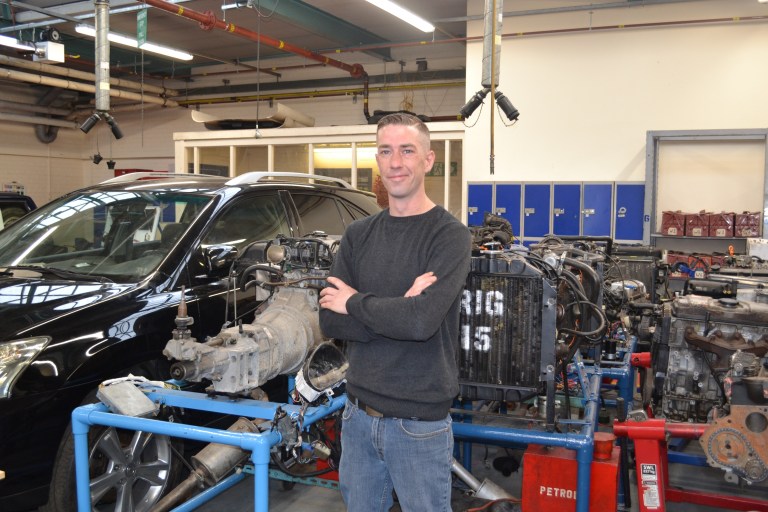 Now Tony will go up against five other students to be crowned the UK’s top Automotive Technology student.

He will travel to Birmingham with the rest of the Edinburgh College WorldSkills UK Live team on Tuesday 13 November and will start his two-and-a-half days of competing on Thursday. Tony and his fellow automotive technicians will be set a series of challenges designed to test their light vehicle maintenance skills.

“It’s unbelievable. It’s amazing to have won at Henry Ford and for the judges to deem my performance as good enough to compete at World Skills UK Live.

“I’m really looking forward to getting down to Birmingham, meeting the other competitors and seeing what the event is like in real life.

“I had no idea what a big competition it is until I spoke with my College lecturers, who pushed for me to take part at the beginning of my final year.

“Even if I don’t do well at the live finals, I had my winning day at Henry Ford Academy so I am just going to enjoy the rest of this journey, do my best and see what happens.”

Tony came to Edinburgh College in 2014 to study two part-time evening classes before joining full-time in 2015 to pursue his lifelong interest and career goal of working with cars.

He left the College in June 2018 having completed his IMI-approved course at Sighthill Campus and is now working full-time at Halfords Auto Centres. Prior to coming to College, Tony worked in a number of logistical roles as well as reaching management level.

His inspiration for becoming trained to work in the industry he loves comes from his son, Sean who has overcome a serious brain illness, undergoing multiple operations in recent years.

“Everything I do is for my son, he is an inspiration and a warrior. He drives me on every day, making him proud and providing for him inspired me to become successful at something I’ve always wanted to pursue.” 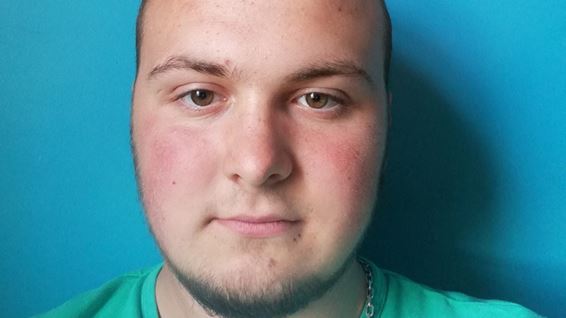 Mark Starts Apprenticeship After Discovering Passion for Working With Cars 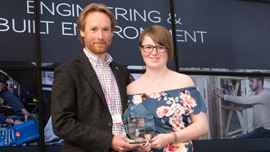 Erin Was Always Geared Towards a Career Working With Cars

This course will allow you to develop the necessary skills and knowledge for a career in automotive engineering. Working...

This full-time course is designed for you to develop the skills and knowledge that you have gained during the Institute ...

This full-time course will develop your skills and knowledge gained during the IMI Level 1 Diploma in Vehicle Accident R...

This course will develop your skills and knowledge gained during the Level 1 Certificate in Transport Maintenance (or eq...

If you have recently finished the Level 2 Diploma in Light Vehicle Maintenance and Repair and wish to progress to the ne...