Edinburgh College’s success at the Marketing Society Star Awards has continued after a Graphic Design student was named Star Creative Student, making it the sixth time in the last nine years an Edinburgh College student has won the award.

Balazs Hirth is the latest student to receive the accolade, which was announced during an online ceremony recently after impressing judges with his Aye Belong campaign.

Thirty-year-old Balazs beat off stiff competition from other college and university students across Scotland to be crowned the winner, after submitting a written application for the award in response to a real client brief set by Brand Scotland and UnionDirect.

Students were tasked with coming up with a campaign that would encourage international students to come and study in Scotland. As a result of his award success, Balazs will do a paid work placement with UnionDirect marketing agency.

Balazs said: “I have been brought up in a way where my parents told me that hard work pays off. To win this competition is not just an uplifting feeling but it makes me realise that I can stand strong on my two feet as an international student in the UK. I am very proud of the work that I created. It meant a lot to be able to prove to myself that I am good at it what I’m doing and gives me encouragement to continue to develop my skills and be a valuable part of this industry.

Graphic Design lecturer Chris Hughes said: “Balazs and Rachel have worked immensely hard during a very challenging final year, and this recognition is well-deserved. The Graphics course at Edinburgh College has a track-record in producing successes at the Star Awards, and it’s always great for our students to compete with their peers and get the opportunity to showcase their skills and ideas to industry through the Creative Student Award category.” 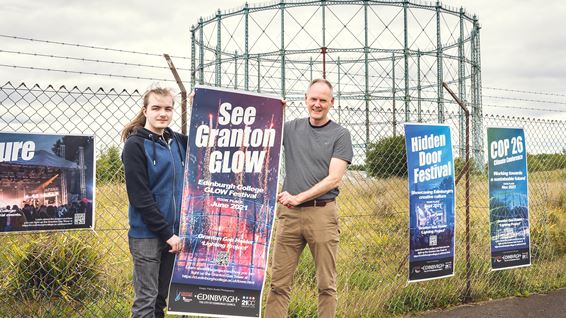 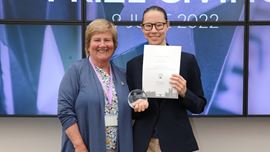 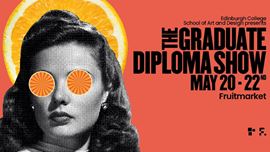 THIS COURSE IS AVAILABLE TO SCHOOL PUPILS AGED 16 OR OVER  this course provides the perfect opportunity to develop life ...

THIS COURSE IS AVAILABLE TO SCHOOL PUPILS AGED 16 OR OVER This course provides the perfect opportunity to further develo...

3D Animation is a diverse, immersive and forward-thinking course designed to develop your creative potential. You will e...

HND 3D Design is a forward-thinking and innovative course that focuses on individual learning and design skills. You wil...

Architecture and Interior Design are emerging and growing industries. This NC will allow you to explore and experiment w...

Creative Media NC will develop your creative potential using both digital technology and traditional drawing. You will p...